In a wine world dominated by well known grape varieties and big-brand labels, Portugal serves as a refreshing alternative source, producing a broad spectrum of wine styles to suit all palates. Sun-hats off to our Portuguese friends for persisting with their native (and often hard to pronounce!) grape varieties instead of opting for the easier option of adding another unwanted carriage to the Sauvignon Blanc bandwagon. For those of an adventurous disposition, you’re in for some real treats. Jon Campbell, owner of Define Food & Wine in Cheshire, shares some of his favourites.and winner of Regional Wine Merchant of the year for the North West.

This sums up the appeal of modern Portuguese wine. Ever heard of these grape varieties: Arinto? Avesso? Loureiro? Azal? They’re all indigenous varieties only to be found in Portugal, blended here to produce a funky, snappy white ideally suited to summer drinking. The Villacetinho vineyard is a special site whose grape-growing talents were first spotted by monks back in medieval times. A gentle, south-facing slope overlooking the Douro river- you can tell the grapes have had a good life! Floral aromas drag you in, followed by a fresh palate of white peach and green apple, with a subtle spritz and a touch of residual sweetness that nicely counters the zestier notes.

Another few grape varieties to introduce you to (isn’t this fun!?). This is a blend of Siria and Fonte Cal, fermented in stainless steel with wild yeast, from an emerging zone some 700 metres up near the Douro river, just before the eastern border with Spain. At that altitude, the temperature plummets at night, effectively serving as an ice-bath for grapes that have basked in the sun all day. The result is an aromatic white, with intense, piercing fruit and a lifted, herbaceous note. Perfect with that Portuguese favourite- bbq’d sardines.

This is one of my favourite whites, and the go-to-bottle whenever simple grilled fish is on the menu. We’re right up north here on Portugal’s northern border with Spain. The winery was started by Joao Antonio Cerdeira who was the first to plant Alvarinho (known as Albarino in Spain) in the area back in 1974. It’s a vivacious drop with a captivating interplay between tropical and citrus fruit and a tangy, mineral hook on the finish. It’s always a thrill when the new vintage turns up, as the 2014 just has, and as ever, it more than delivers.

If you like some taste Portuguese in a glass before you come out you can order on line from the award winning Define Food & Wine. 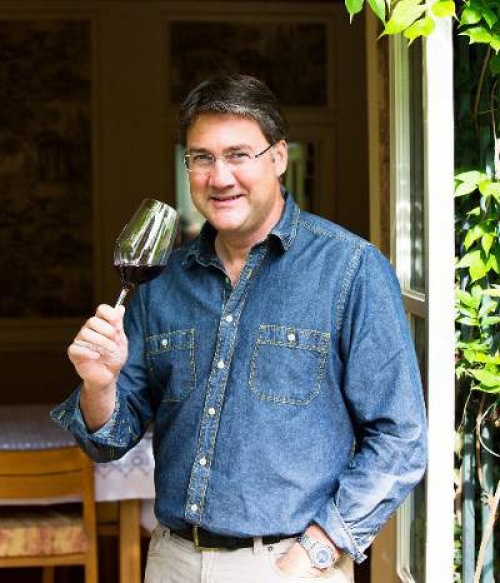